I just replaced the full complement of tubes in a small Single-Ended Triode amplifier I have. This is a 6L6 - based amp (self-biasing design, Chinese-made - like so many so-called "high-end" audio nowadays), and one of the ouput tubes quit on me.

So... question: I know I can run KT66 tubes on this little SET amplifier as well. Does that mean that I can run 6L6GC tubes in my ST-70 (probably biased lower) as well? Like I say, the 6L6GCs just sound so damn good!

Best regards to all
'Jan in BC, Canada
GP49

Do you have to do anything to anywhere to use 6L6. I have a bunch of organ tubes I would love to try but had no idea you can use them in the Dynaco.
howlin' hoosier

Reviving this thread - what (if any) change in bias setting would one need to make to use 6L6GCs in a ST-70?
DarthBubba

howlin' hoosier wrote:Reviving this thread - what (if any) change in bias setting would one need to make to use 6L6GCs in a ST-70?

According to William Z. Johnson, owner of Audio Research, who created the ST-70-C3 in 1978 (or so) for Audio Amateur magazine, 110mA is the best setting for a matched pair of 6L6GCs using the Dynaco ST-70 power and output transformers.

I would attach the manual if I knew how.

Everything you never wanted to know about the 6L6 series ... and then some ...

I see the 6L6GC-STR series are the holy grail for the lineup. Rumor has it you can really push those for power.
tubes4hifi

55ma of current thru each tube is pushing them hard, just like they did with the EL34 tubes.
changeing the bias to 40ma per tube will make no difference in sound and they will last twice as long (not as hot).
On a VTA modded amp this is an easy measurement, the same 0.40v dc across the 10 ohm resistors on each output tube.
On a stock ST70 using one 15.6 ohm resistor shared by pairs of output tubes, that's 1.25vdc, same as my recommendation for stock EL34 tubes.
howlin' hoosier

Hi:
There has been a lot of opinion and subjective talk over the years about power tubes I thought the members would like to get the skinny on one type most of us use and the many incarnations of this basic design.
I started reading this article and became fascinated with its implications.
I am now a serious skeptic and will use this article for reference material for all future tube purchases. The colossal fraud going on in tubes and by the Chinese bears careful consideration when buying any 6L6-KT type tubes. Enjoy!

Some who have had dealings with Chinese manufacturers recognize the truth in the article's description of how unscrupulous the Chinese are.

Chinese factories have made fine quality products, the equal of anything made in the world. The problem is that this is dependent on Western-caliber quality control by outside agents, such as the British overseeing Chinese production of British-branded hi-fi, or Japanese camera manufacturers overseeing Chinese manufacture of their cameras. Leave it to the Chinese, and "by hook or by crook" applies.
sKiZo

You can get some good quality if you deal direct. My Maverick D1+ TubeMagic DAC is a good example. The build is very nice, and no corners cut on components either. Fast shipping and excellent support. And no, I'm not a Maverick agent, nor have I played one on tv. It's just a sweet little box.

One thing you really need to watch is resellers. They purchase from the factory in large quantities, then somebody else RE-purchases the stuff, then they sell it to you on the web for less. Less money, but also less support and much less in the way of any warranty or return. There's also a big market for companies that purchase "custom" builds at lower quality, then re-badge them with the original "good" name.

Here's a couple interesting reads I ran across when doing my original tube amp research before settling on the ST-120 ...

Apparently a LOT of that going around. Ya takes your chances ...

sKiZo wrote:
One thing you really need to watch is resellers. They purchase from the factory in large quantities, then somebody else RE-purchases the stuff, then they sell it to you on the web for less. Less money, but also less support and much less in the way of any warranty or return. There's also a big market for companies that purchase "custom" builds at lower quality, then re-badge them with the original "good" name.

What happens a lot of the time is that after hours at the factory, when the Western quality control people have gone home, the line starts up again, building what is very much the same product but with corners cut, parts quality reduced, and workmanship on a "churn 'em out" level. The example of this that I'm familiar with is a Japanese 35mm SLR film camera whose manufacture was moved from Japan to China. Under its original brand name the quality of materials and construction was as good from China as from Japan. But...and this may even have been by the terms of the joint-venture contract...the Chinese factory was permitted to make the same basic product but with a different brand name and some features missing, for the Chinese domestic market. The finish on the parts was poorer, some machined steel parts were replaced with cast pot metal, and...here's the workmanship issue...the shutter curtains were glued onto metal rollers that had not been meticulously cleaned of the oil left over from the machining process. Of course, glue doesn't hold to oil and reliability problems ensued. It doesn't take much for somebody to figure out that if there is a way to relabel the cheaper domestic-market product with the original manufacturer's name, it can garner a good profit on the black market. This particular Japanese camera company maintained its own inventory of genuine-branded parts carrying its name, so they didn't have a problem. Other companies who have relied on the Chinese but were more trusting, found inferior "brand-name" products sold on street corners and in night markets in Hong Kong.

Don't even get me started on Dynaco kits built to lower standards than others.

(The devil made me say that)

I see someone is selling cloned Dynaco badges on that auction site. Might have to pick me up one or two for my ST-120 ...

sKiZo wrote:Don't even get me started on Dynaco kits built to lower standards than others.

I get a kick out of the forum spell check not knowing what to do with "dynaco" ...

A very good friend of mine from the 1970s when Dynaco was popular, would MURDER the name when trying to pronounce it.

He was Italian and it came out something like, "dee-NOTCH-o." But he was an EXCELLENT kit builder. His work looked
better than factory...and by that I mean not "better than Dynaco factory" but "better than MCINTOSH factory."
BNR_1

Oh man I had no idea 6L6GCs can be used in this amp.  Something new to play with.  Besides rebiasing are there any other modifications that is necessary on a stock ST70?  All I know that was done to this amp was replacing the selenium rectifier with a diode and replacing the cap can. 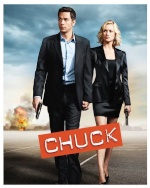 The manual says it Ok to use 6l6 without any mods. Bob also recommends KT66.
tubes4hifi

I realize the filament draw are usually spoken in the units of amps and the plate load at idle is in mA (a factor of 1,000), but when the amp is pushed under constant heavy usage will the PT strain considering the use of EL34 (70 W max) vs. 6L6GC (100 W max)?
GP49

Where do you get 100 watts from a stereo pair of push-pull 6L6GC (50 watts/channel)?  In the Stereo 70 circuit, the 6L6GC cannot do that.  Maybe as a push-pull pair of straight pentodes.
BNR_1

I think that's a pentode rating and may be optimistic at that, at least for hi-fi purposes.  In Ultralinear, 6L6GC are good for about 25 watts per push-pull pair.
BNR_1