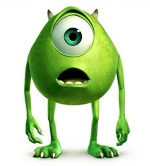 I have an ST 70 that is producing a slight low level hum only in the left channel.  I have done some work on this unit several years back including a new driver board, choke, cap can, 7 lug strip, and coupling caps as well as a new grounded powder cord and new input jack and speaker terminals.  In addition, I modified the rectifier socket with the IN4007 diodes as recommended between lungs 4 and 5 and 6/7, and installed the recommended selenium rectifier mod.  The unit has been operating well for 9 years and began producing the left channel hum recently.  At this point, I finally chose to upgrade the EL-34 tubes which were in the unit back when I purchased it in 2007.  I grabbed a matched quad set of reissued new Mullards made in Russia.  After adjusting the bias, they seemed to work quite well.  Next, I replaced the rectifier tube which also came with this unit when I acquired it with a new Mesa Boogie GZ/34.  Still sounds good, but the hum is still present.  When setting the bias for the new rectifier tube, I followed the Dynamo instruction book, and powered the unit up without the tube in place.  No hum.  I plugged the tube in and watched the meter, made the appropriate adjustments and set the bias but noticed the hum returned.  I unplugged my Yamaha C-60 preamp from the front inputs and the hum was still there.  I shorted the left jack and the hum was still present. I checked and tightened the input jack mounting hardware as they had loosened and checked all soldered connections.  All looked good.  The ST 70 is connected to the Yamaha C-60 switched power outlet with a cheater plug, which bypasses the ground.  If any of you have some insight on this issue, I would appreciate your input. Thank You!
wazowski

I neglected to mention that the volume on the left seems slightly lower than the right channel.

Yes! I swapped 7199 tubes and the hum moved to the right channel. Thank you for responding so fast. I already have a matched pair of NOS 7199’s on the way.
I really appreciate your assistance
Sponsored content