For about the past 5 years I've been collecting and listening to Hemi-Sync recorded CDs that are designed to help for a multitude of things...sleep being one of them, though there are recordings to help with creativity, depression,, etc. The recordings were supposedly done using a binaural recording technique along with also embedding sounds which are designed to stimulate areas of the brain during periods of being awake and sleep. It's suggested that headphones be used to get the most benefit from them. I can't stand headphones being clamped around my head or earbuds stuck in my ears for long periods of time...so I listened to them with a standard receiver, CD player and speaker setup. I thought they sounded ok that way.

Now I've tried listening through my Polk Audio LSiM 703's connected to my VTA ST-120 and SP12 preamp and Marantz cd player. The sound is three dimensional without headphones and the audio is amazing.
tubes4hifi

I was listening to the fifth dimension just the other day ... 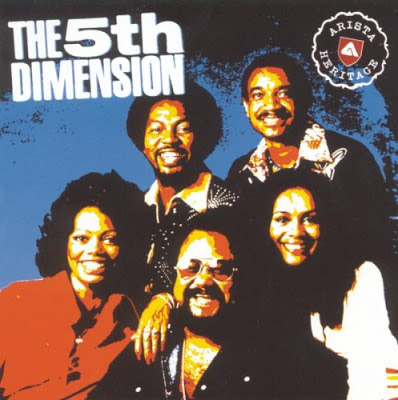 Sorry ... I was listening to the "How to be the Ultimate Wiseass" cd last night.

For sleep, I highly recommend the Marsona 1288 Sound Machine ...

Mine is probably 30 years old and still works fine. Doesn't get as much use here in the country, but it was a daily lifesaver when I lived in the big city. As is, it's still kinda nice to relax to in the winter when the walls start closing in - surf or rain, and cue the crickets.

* It's also got a speaker out. Rated at 4ohm, but it doesn't seem to object to a set of 8ohm powered speakers I use. Got the sub so I can really hear the waves crash if I've a mind to. For synth sound, it's surprisingly convincing, even to a transplanted Left Coaster like me ...
Sprags

Back when I was I was in school I read about bi-natural recording to add dimensionally to a sound recording. This was back in the 70's when Roy was only as old as dirt and not petrified stone. The article talked about using only one pair of microphones spaced as far apart as ears on an average human head. Taking this one step further I conceptualizer using microphones configured this was for recording each instrument in a recording studio. I wrote a term paper for an engineering class on this idea and got B since I majored in ME and not EE. I discussed this with my roommate who happened to be an EE student. ..though at that time I didn't realize he was as dumb as dirt. The idea went know where....even when I worked at Beltone electronics. Those audio guys were so focused on hearing aids anything related to hifi was beyond there scope of reasoning. Though I remember talking about this after work on a Friday at a bar ...maybe one of those guys was the engineer that refined the concept. Don't remember names so I can't follow through. It's nice to know my idea was refined though.
sKiZo

Sure you don't mean "binaural" recording?

It's a given fact that microphones record all sorts of subtle time delays and cues in the mix and that's what's processed into your sound stage. The ear interprets these as spacial dimensioning and position. Certain instruments will show up in different places based on this information. Engineers are smart enough that they know what tweaks to make in the studio to make this positioning consistent.

Take it an extra step with something like Carver Holography and it's a whole new ballgame. I'm a big fan myself - was using a C-9 outboard processor for years, and just recently scored an H9-AV. Both do pretty much the same thing, but the C-9 was considered more "pure" ... whatever that means when talking sonic holography. Then again, the H9-AV adds that elusive third dimension of height, and has more adjustment available. I think people who tout the C9 as better just didn't take the time to fine tune the H9-AV properly. They also probably didn't gut the thing and replace all the op amps with state of the art either.

SRS works with the spacial information also. You'll see it on a lot of AV receivers, and SRS lite is built into Windows Media Player to enhance bass and open up the soundstage. I've also got it's older brother, the all hardware Hughes AK-100 - those are fairly rare, but also eminently tweakable. That also can make the speakers disappear when tuned and adjusted properly. Engineered and produced by the same good folk who build the AH-64 Apache helicopter ... apparently had some spare time on their hands. Audio ... and death from above ... the perfect combination!
Sprags

Binaural is exactly what I mean. Apple thinks it knows what I mean but it has shit for brains. The text on my iPad is small. I missed it.
stsk

Hi,
Listening to these recordings on speakers won't work. (At least in terms of what they're intended for). Under the music/voiceover, tones are played with slightly different frequencies in each ear, creating what are called beat frequencies, in the corpus callosum. If you want to hear what I mean, put a signal generator tone in one channel at 100 hz and another at 103 in the other and listen with headphones. You'll hear a 3 hz "beat", not in your ears, but in your brain directly. The theory is that these beat frequencies can "drive" brain waves to create different states of consciousness. I haven't used the hemi sync recordings, so I can't opine on their effectiveness, but the theory is relatively sound (nudge nudge). Generally speaking, lower frequency brain waves correspond with deeper states of relaxation. Most people have heard of "alpha" states, which correspond to around 10 hz. Delta is around 1.5 hz, Beta is higher frequency and is usually associated with normal waking consciousness. I did studies of evoked potentials and EEG at Forest Hospital in the '70's, which is why I know about this stuff. Without using headphones, the beat frequencies can't be created in any reasonable fashion.
Sprags

yeah you're right they don't work. I bought the ones that are supposed to help me get to sleep but I usually have to wake up when CD is finshed playing to turn the system off...what a waste!
Sponsored content