I chose the SP-9 because I wanted to have tone controls, call me stubborn. I'm pretty happy with it, until I  hear an SP-14. The 14 is much cleaner, especially in the highs. Better sound stage too. Pretty much sounds like there is nothing between you and your music. But I'm not one to just give in and go with the SP-14 in my system, that would be too easy

So I have been modding my SP-9 octal. First I modded it to run 6SN7's with CCS's, much better! Then I discovered how good NOS Sylvania tall chrome domes sound, wow! Pretty happy with that but the highs were still just a bit gritty compared to the SP-14. Yesterday, I pulled the 680pf Wima's out of the tone control
and put in Diel polyestyrene/foil caps, sweet! I can never leave well enough alone though, so this morning, I put in LED bias on the gain stages along with the CCS, ahhh, even better! Bypassed the input caps also, just have to make sure there is no DC in any of my sources, shouldn't be a problem. Listening to Nora Jones vinyl pressed by Quality Record Pressings right now, she is right in the room!! Maybe I can have my cake and eat it too as they say? 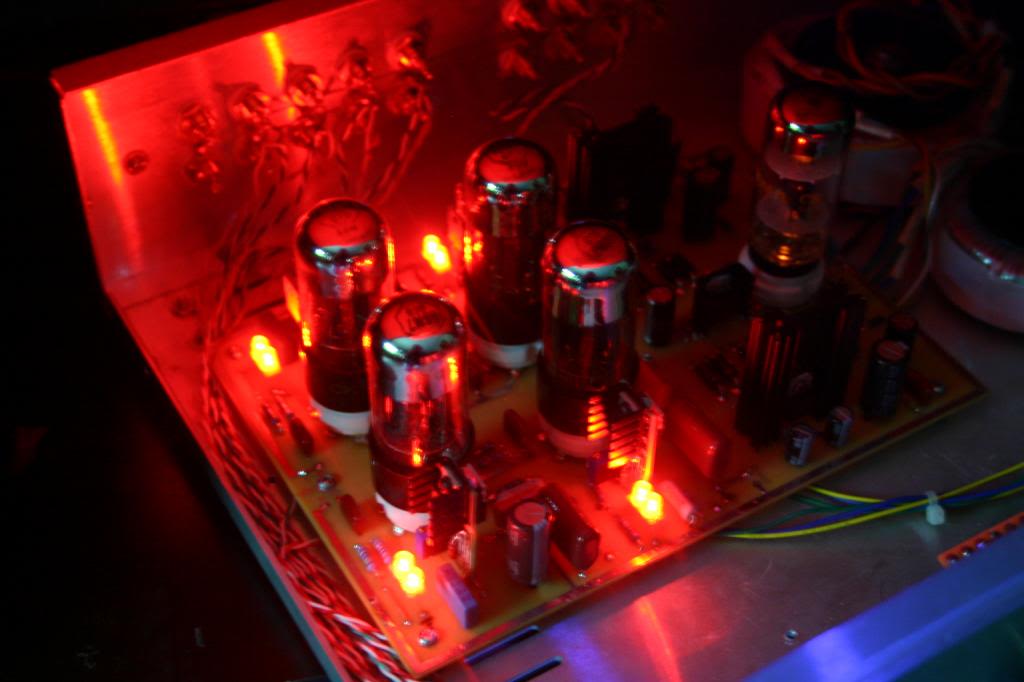 I also built an SP9 using 6sn7 in all positions as well as direct coupling the first and second stages as well as the third and fourth stages eliminating alot of caps. I also added a mid control. PM me if you want the schematic.
TMadden

Heck Yes, I would love to get rid of some caps. I was just looking at putting 716P orange drops in but theres no room. PM coming!
Sponsored content