I'm looking for recommendations/suggestions on a DAC to use with my VTA ST-120 that has capability to process 24bit/192khz files, DYI kit or plug and play
I have a budget of $1,000
Bob Latino

Check out the Schiit DAC's. They are reasonably priced and are USA made. They have a 5 year warranty and a 15 day return policy. They are below your budget of $1000 and they get good reviews ...

If you are listening to HD tracks, internet radio or any kind of music with your computer, you really need a DAC ... The built in DAC's on almost any of today's computers are not that good.

The Schiit Modi is hard to beat for $99.  I have been using one for 6 months and it stands head and shoulders above any DAC that comes with your run of the mill store bought computer.

Plug 'n play in WindOHs. I really really like mine using the optional GE tube and OPA627 op amps. One big advantage for me over most of what's available is it's also an ADC (the Modi is strictly DAC). I plug my turntable into the analog in jacks via an outboard phono stage and have easy access to all my vinyls with a twist of the wrist on the selector knob.

Optical (S/PDIF) is 24/192, but the USB Tenor chipset tops out at 24/96 if that's a concern. Truth be told, I prefer the USB as that has a super sweet and fuller sound to it, at least with my old quad system. I don't notice any drop off in accuracy at the lower resolution, and it's clean and jitter free.

PS ... if you want to use it as a mini-pre ... it comes from the factory preset to bypass the volume control. That's only used for headphones. If you want to enable it for all the other inputs, it's a simple pop the top and move a couple jumpers back by the input jacks to make that happen. 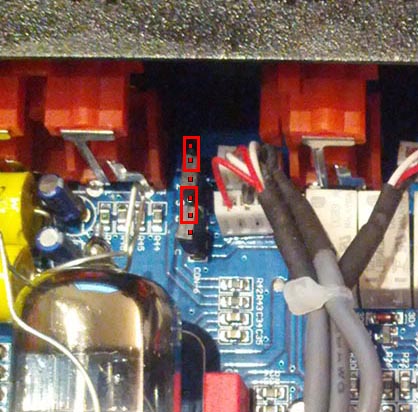 PS ... the Chinese tubes that ship with most tube DACs suffer severe suckage. DO plan to invest in an upgrade tube if you go that route. And hey, why stop at one?

That little tube gives you endless possibilities in custom tailoring your sound.

NOTE > > Bob already mentioned that on board sound processing on a computer tends to be weak at best. The reason that my Maverick sounds so much better on USB could be solely due to a poor implementation of the S/PDIF standard on my motherboard - or because of the quality of the Tenor USB chip set on the DAC. I think it's more the Tenor chip set on the DAC as I've had the same results on two completely different motherboards.

Your problems aren't necessarily over if you go with an external DAC either. The music still has to get out of the computer cleanly. The ITX motherboard I'm currently using has really good reviews for sound, but still had some occasional weirdness. Crackly noises and buzzes and such are a sure sign of timing issues as the DAC tries to compete with whatever all else you've got running in the box. Solution was to add a powered USB expansion card. The powered part is important as that completely isolates the card from the motherboard except for the I/O. Only thing plugged into that card is my Maverick and a Behringer UCA202 that I use for ripping. Super quiet now. Here's the one I used to clean things up. Best $20 I've spent on sound in a while ...

I use the Musical Fidelity V-DAC Mk II.  Audio Advisor is selling them for $299 right now.

Do you use the external power brick? Supposed to be the sh!t for making them really sing.
corndog71

Do you use the external power brick? Supposed to be the sh!t for making them really sing.

A lot of good reviews on Sabre DAC based units.  Wyred4Sound has the DAC 1 or the uDAC-HD.  Both can be found used on Audiogon.
Maintarget

And unlike your other stuff, your schitt was already together when you bought it ...

audioengine d2 is something I've been looking at. A good sounding if not great. 24 Bit like this one talked about and it is wireless...
arledgsc

Well.... How does the $99 Schitt sound?  Thanks
quadaptor

so far I would have to say it sounds OK, not great, but wasn't expecting greatness for $99.
You do get what you pay for. I'll do some more thorough testing with a headphone amp.
Sponsored content