Lots of great info here.
While I would like to hear an ST-70 the way it came from the factory, I am open to the VTA70 board.
I have newer mono blocks and the ST-70 is really more of a restoration project. I just don't know how I should proceed.
Repopulate the board, replace the can, caps and resistors?
Or go all in for better sound?
tubes4hifi

ST70 upgrades on this page here:   ST70 upgrades
for restoration, replace the quad cap as well as all caps in the amp and on the board.
For a major upgrade that is easy to do, replace the old Dynaco board with our VTA70 driver board, at the link above
SnugDynaco

Finished the new ST70 kit, but initial startup did not go well.

I really enjoyed the build. All seemed to go very well.

For the initial startup - following the steps listed in the instructions: first, the three driver tubes lit up as expected. Following the next instructions - connecting the speakers, and installing the rectifier tube and the LEFT side only EL34 tubes. When I applied power the V3 and V2 tubes both lit, but the V2 tube then began to glow intensely, significantly brighter than the V3 tube. After about 5-10 seconds - ever brightening, I shut down the power. The fuse did not blow. Each of the bias adjusting screws was set in the 12-6 o'clock position.

I have since reopened the bottom and have checked all of the wiring and soldier joints. All seems to be correct. I did not swap the tubes to see if maybe there was something amiss with the "bright" tube.

The second time around, I first turned the two left bias pots all the way counter-clockwise, to reduce voltage to a minimum. Still the V2 tube was significantly brighter than V3.

So, what now my friends?

is your center tube the exact same brand and type as the other two driver tubes? All tubes are built differently, on some tubes you can't even see the filaments at all.
colin86325

scsidude2 wrote:Thanks for all the help Bob, i just installed the new caps and it sounds great! I was wondering what your recommendation was for the two 50 MFD caps on the terminal strip under the right channel output transformer as to what would be a good upgrade for them? Thanks again! -Ryan

I think you mean the 7 lug terminal strip under the LEFT output transformer.

Those 50 uF caps on the 7 lug terminal strip are only looking at maybe 70 VDC. Any two 47 to 50 uF electrolytic caps at 100 volts or higher would work fine here. Just make sure that you have the polarity correct on these two caps. The "+" end of each cap goes to lug 1 and on the two "-" ends, one goes to lug 3 and one to lug 4. See pictorial below ...
Bob 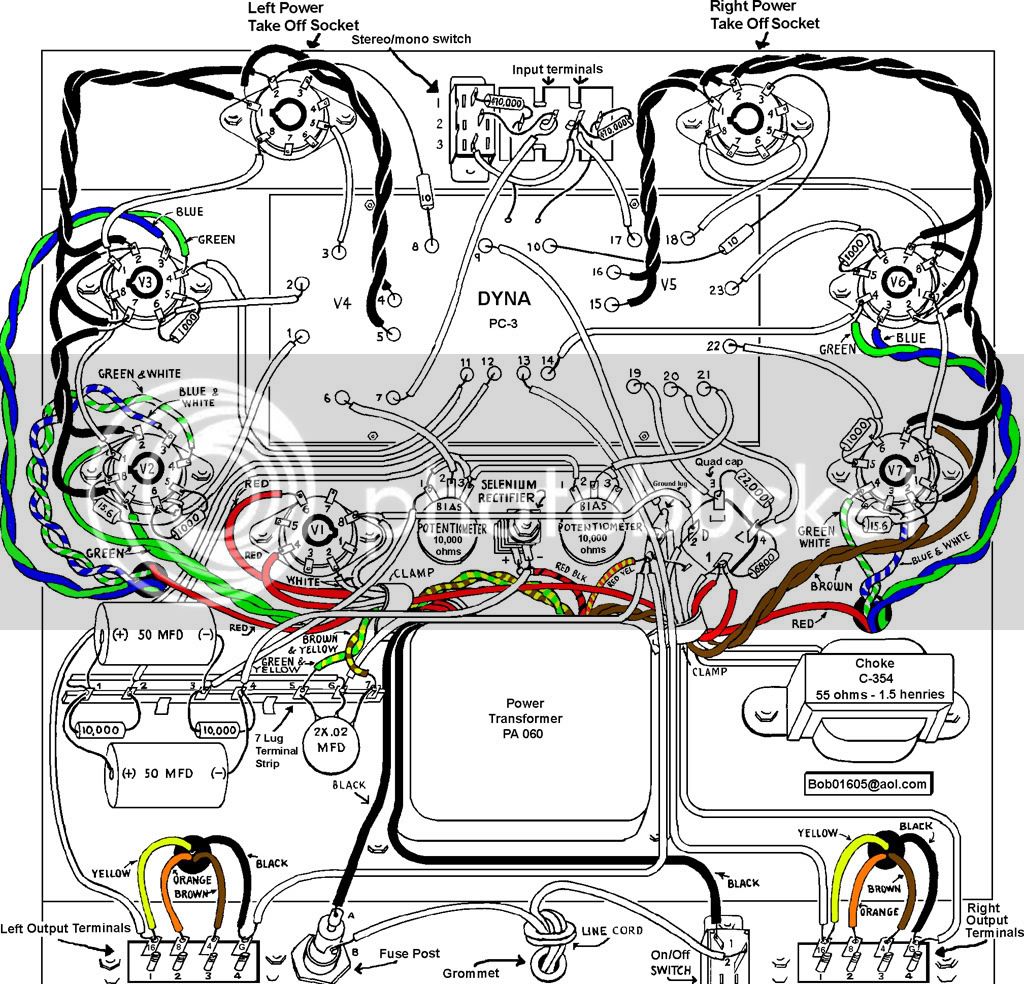 For the two 50MFD caps, will it be ok to replace these with two 80MDF @ 450 VDC caps?
The amp is using SS rectification.

Yes, those will be fine. Higher working voltage will be no problem. The main solid state rectification doesn't make any difference either, since the bias voltage supply is independent, running off its own winding on the power transformer and with its own rectifier (hopefully you are not still running the original selenium rectifier).

Present day capacitors are much smaller than the originals, so it is easy to fit larger value parts.
colin86325

Incidentally, I came across the Van Alstine article, which had this to say about keeping the bias caps at a maximum of 100uF each:
Do not use a larger capacitor in this application or the supply will come up too slowly, over-biasing the output tubes at turn on.
alyosha

Hi,
Just one question regarding replacement of the resistors on the PC-3 as I'm building one from scratch, would these be 1/2W, 1W, 2W? Thanks.
Best regards.
WireNut 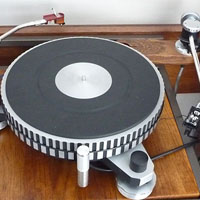 The amp that is due to arrive tomorrow has the SDS Labs board, can I/should I up the coupling cap value to 2.2 like was suggested earlier on this post? If so, should I increase the .47 to 1.0?

WireNut wrote:The amp that is due to arrive tomorrow has the SDS Labs board, can I/should I up the coupling cap value to 2.2 like was suggested earlier on this post? If so, should I increase the .47 to 1.0?

You can increase the capacitance on the four coupling caps at least up to .22 uF with no issues > not the 2.2 uF that you mention above.

Ooops, I meant .22, thanks for the advice and correction!
What about the two .47?

WireNut wrote:Ooops, I meant .22, thanks for the advice and correction!
What about the two .47?

And a clarification by Jim McShane who can explain this in more detail .. 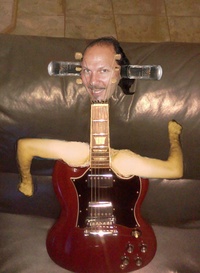 thanks for that bob, i have ordered from dynakitparts.com all the caps to replace the old ones in mine.
also the 80,40,20,20 525v can
i got a bios kit in an envelope off ebay for $8 thinking it was a actual old stock dynaco kit, i may have been bamboozled. so i may have to reorder that from dyna.
Sponsored content