No, this isn't a detective agency, but a little show and tell.

The picture below is the inside of an off/on switch for a ST-35 with a thermistor. It's not the final wiring, but shows some of the wiring detail. It's rigged up for one switch to operate the amp with the thermistor in the circuit, and the other one to take over after the thermistor has done its thing - after a few minutes or so. I switch on the second switch while the first one is still engaged to make sure there is no interruption in current, then turn the first one off. A manual make-before-break kinda' thing. There is the option, of course, to leave the thermistor engaged if the wall voltage is excessive, since it "eats" up a few volts in the process. 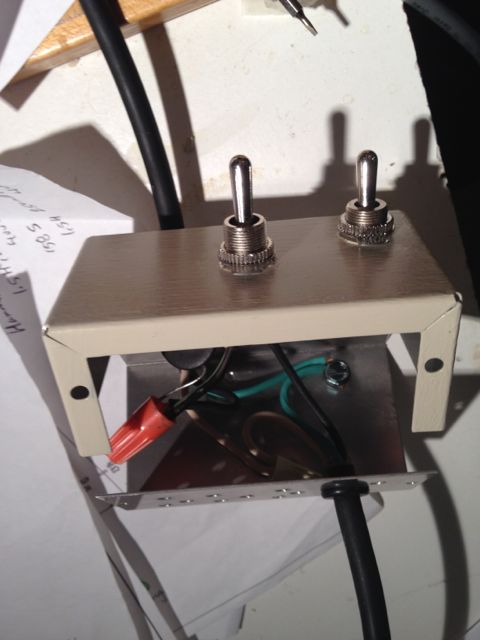 This next picture shows a filament transformer - used as a bucker - screwed to the top of a SurgeX surge/conditioner unit. It's rated for 5VAC, but it seems to buck the voltage closer to 6VAC. All connections are made in the SurgeX panel. Today I have 122VAC at the wall and the bucker knocked it down to 116VAC. Power first enters the SurgeX, then the transformer, then the components. All components will eventually be hard wired in the panel. The two white cables at the top, branch out through the walls to power a pair of Quad ESL's. 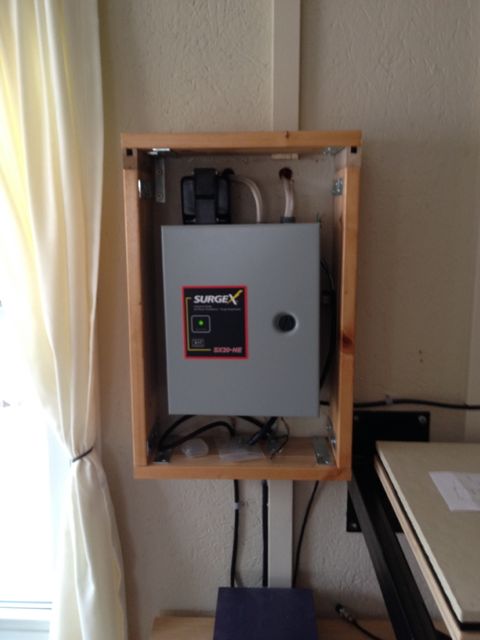 Finally (I hope this isn't too boring

), is the off/on switch in relation to the amp. When I build my next ST-35, it will be in a larger chassis and will house the switching and thermistor in the chassis. This works for now though. I use the EFB in the amp, which has a small hole in the front to give access for adjustment via a small screwdriver. The quad cap is an 80-40-30-20uF deal where I use 40uF for the 1st stage, strap the 80 and 20 together for 100uF for the 2nd stage, and finally 30uF for the driver stage. And a shout-out to the Skiz Man for the heads up on the bucker. I never would have thought about using a filament transformer for this use. 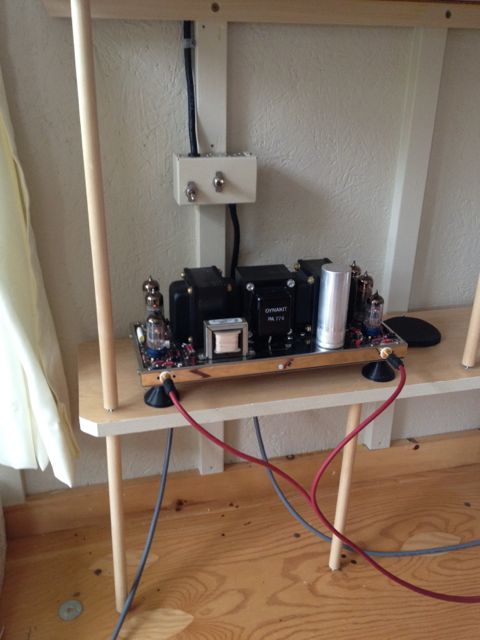 That DOES sound like a British cop show you might have caught on PBS during a pledge drive ...

Maybe build the thermister and switches into the same box as the bucker. Don't matter where it is, long as it's on the hot feed ...

Another option instead of dual switches might be to use a DPDT switch and convert it to SP3T operation, using the thermister as the jumper. That should give always on power at any setting, with the voltage drop and slow start at one position only. 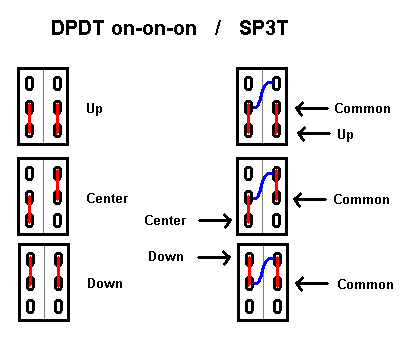 Never tried it myself, so I expect you'd want to check it with a meter first for proof of principle. And have the fire extinguisher handy, just in case.

Yeah, I may put the switch in the box. I'll have a door for the box which will hide it.
Sponsored content