Hard to explain, but here I go.

I recently put a JBL B460 subwoofer back in to the system, 18" monster. Comes with an outboard little active crossover, a BX63. You place it in between the preamp and the amp. It sends 70hz and above back to the main amps, and has an output for 70hz and below for the sub amp, which is a bridged mono Crown.

The little active crossover has a nice bypass lever so you can easily put the main speakers back the way they were, or flip the sub back in. Very transparent.

Before this change, if I start listening with peaks in the 80-85db SPL, you can hear the monoblocks begin to compress, a little more and harshness sets in. This is not a fault of the M125's, rather the way I am using them. They aren't going anywhere.

But now the M125's don't have to deal with anything below 70hz. Which IMO SS is better at anyway. The system has been transformed, sounds really nice now when you turn it up, makes you want more, the entire range has become clearer, soundstage opened again. That's a good thing.

Question, it's obvious to me that low hz eat power. When you start losing power the entire spectrum is affected, not just the bass. So I wonder if 70hz and below is where most of the power is used, or, maybe I should think about powering the 15" woofers in the L300's with SS altogether (biamping), it would be something like 800hz to 70hz. Is that frequency range still power hungry, or did I pretty much take the major power hunger away to the sub already?
Peter W.

I think you need to look at a combination of the output-by-frequency of the amps as compared to the consumption-by-frequency of the speakers.  But apply some common sense. Woofers are rather more massive than tweeters, and to move them hard takes energy. *BUT*, there is not a lot going on down there - what you describe makes sense! Why?

70hz - 800hz  is from ~two octaves below Middle A to half-an-octave above. Yes, a very power-hungry range with a great deal going on in most recorded music - far more than the typical sub-woofer will need - given the sparsity of information below 70hz.
LeGrace

I assumed 125w/ch would be enough for my 92 db speakers but my sound room is pretty large. Adding an additional 125w/ch (biamping) and configuring my sub in the way you describe (80 hz low pass setting) has made a world of difference. Transformed is an apt description. Mid range power demand is normally highest as per Peter W. Dedicating the M125's to the mid range ensures that those critical octaves are properly fed.

Generally, a well-conceived modern power-amp will be +/- 3dB from 4Hz to 40,000Hz. Perhaps not so wide a range with a tube amp, but I suspect that 10hz will get through fine.
Bob Latino

Read our forum link from 2012. In this post is a formula kindly provided by Jim McShane which figures the "corner frequency" using a formula of 159155/(resistance in Ohms * cap value in uf). The VTA M-125 monoblock amps use a .22 uF coupling capacitor with a resistance of 270,000 ohms. This gives a -3 dB down frequency of about 2.68 Hz which means that the amp is pretty much flat to 20 Hz and does have some response below 20 Hz.

Thanks for the info!

Right now I am routing signal from the pre to the little active crossover, then out from there to the M125's.

I would rather not do that, but instead just use a 2nd output from the preamp to the active crossover --> sub amp.

But part of the benefit of my original post was taking away < 70hz from the M125's.

Seems like I should be able to use a lower cap value than .22 in the M125 to achieve this, but I can't quite yet wrap my head around how to use the formula to do that, anybody want to take a shot?
Peter W.

Seems like I should be able to use a lower cap value than .22 in the M125 to achieve this, but I can't quite yet wrap my head around how to use the formula to do that, anybody want to take a shot?[/quote]

If you are only 3dB down at ~3hz - 0.22 UF is fine. There is no information other than rumble down that far anyway.
jfine

There is a benefit in taking away very low HZ from the M125's, I hear it, it's not about what kind of information exists below a given HZ. (Sort of like what a rumble filter might do.) I just would rather not run the entire signal thru an active crossover just so I can achieve that benefit, because of the additional processing which I also hear, and I'm not willing to spend $$$ on a high end crossover. Yet.

They can present the entire spectrum clearer if they do not have to deal with power robbing low HZ, which is now being handled by a sub.
j beede

Bandwidth limiting of amplifiers has been done in the past. Two reasons would be:

1) High-pass filtering (a.k.a. rumble filter) can reduce the burden on the power supply
2) Low pass filtering to reduce instability at high frequencies

As I recall, some of Frank Van Alstine's designs used this sort of bandwidth limiting in the past--often to the chagrin of non-Minnesotan audiophiles. Bandwidth limiting to achieve linear response over a narrow range is preferred by some. Flat response from DC to 100KHz+ was the calling card of lots of consumer electronics in 1970s and 80s.
Bob Latino

About 8 - 9 years ago a VTA ST-70 amp customer with the proper test gear (Russell Knize) did a full test on his VTA ST-70 amp after the amp was built. On this web page you can see the frequency response, square waves , power output in both pentode ultralinear mode and triode mode etc.. On the page it says "Dynakit" but if you click on the "Pictures" link, you can clearly see that this was an early VTA ST-70 amp. The amp has response down to 10 Hz and shows very good square waves in both ultralinear and triode modes .. Link below ...

jfine wrote:
They can present the entire spectrum clearer if they do not have to deal with power robbing low HZ, which is now being handled by a sub.

This would go between the pre and the power amps. Calculate where you want the roll-off to begin and likely you could make this yourself - and test many variations in a few hours. The only significant issue would to be sure that the capacitors you use are rated for AC - not difficult.

And then there are these, right off the shelf.

Search for the Allo Piano 2.1 dac  for those interested in (low cost but high quality ) experiments, one of these dacs on a raspberry pi 3 makes for a good solution.

This dac has véry high quality output stage and a programmable crossover function. So one could have two rca outputs going towards a tube amp minus áll of the low end meant for the sub with its own ( solid state or other ) amplification with nó degradation of the source at all. RPi3 can be set up for all kinds of inputs - either ripped cd's from your own collection, or one of the many online sources of streamed or purchased music, can be set up to play nice with various Apple hardware even..


I have the 'Boss' version of this dac in our rpi3 and  the sound quality of played back audio over it versus our beloved Denon DCD 2560 cd player - it is superb value for money.
arledgsc

Don't forget about phase shifts of the signal near the pass response due to the analog filter.  In a one-pole filter phase shift is 45 degrees at the -3dB corner frequency.  This is why I like to keep the amp's low frequency filtering outside 20 - 20kHz response band (as much as practical).  Two pole filters (like in some speakers) are 90 deg shifted at the intended corner frequencies.  This drives me crazy in some speakers with complicated filters for the drivers.

It is possible though with digital filters to design them with steep response and 0 deg. phase shifts.
Dahlberg 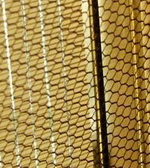