An update on the problem with the Dynaco MKIV's, and the hum.

1)Changed the interconnects between the pre and power amps, which made a big difference. The old IC is a twin-ax cable that I installed the RCA connectors on, and I believe there make be a problem with the static shields connection at the one end where it attaches.

2)The speakers I was using for all the listening/testing are a pair of Canton HP-100 car speakers, very nice, but definitely for the car. My Rogers LS3/5A's had been chewed by an Audire amp, voice coils were fried on the B110's. I finally made an effort to get the new/used drivers in place. Lo and behold, the hum has vanished. If you put your ear on the grille cloth, you can barely hear a very faint hum in the back ground. Any theories on this?

3)I don't think the IV's like the Audire pre-amp. The IV's had very low hum idling with speakers attached, nothing plug into the inputs, not even a shorting plug. The minute you connect the pre, the hum more than doubles with the car speakers. With the Rogers the hum is gone.

The nice thing about mono's is you can experiment on one amp, and use the other as a reference. The amps sound really nice, and I imagine they will sound outstanding when I get my Quicksilver pre-amp finished. Again thanks for all the info, and idea's.
mantha3

Car Speakers mixed with home audio is kind of a mess... I don't know the tech specifics but it does not work. I made a home made boom box and was on the topic of speakers to use in a forum. I was thinking of using some higer end car speakers and I got a list of issues to expect including hum.

Have fun with the new amps! Nice 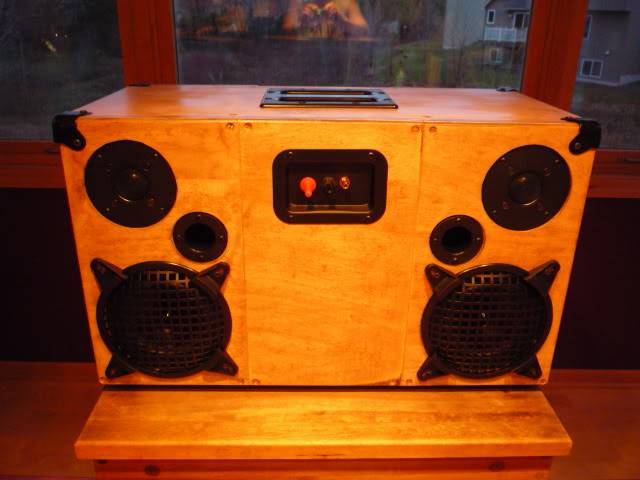