You are not connected. Please login or register
+3
alexg
MexicoMike
tubes4hifi
7 posters

If you have a PAS-2 or PAS-3 preamp and also use the phono section you may be interested in upgrading the RIAA equalization which (with stock parts) departs from the "ideal" equalization by + or - 2 dB. Also consider that the small value stock picofarad caps have probably drifted from their original values by as much as 50% in the past 40+ years which could now result in as much as a + or -4 dB drift from the ideal equalization curve. The steps are outlined below and the schematic shown at the bottom has red dots where the changes are to be made.

If you do the changes above your RIAA equalization should now be off no more than .3dB (3/10 of a dB) of the ideal equalization.

I read a Hirsch/Houk test of the Pas3 from the mid 60's and they commented that it had one of the most accurate RIAA curves available. Their test showed that the maximum error was .8 dB.
Is it felt that the reason it is not accurate now is simply due to parts age? That makes total sense, of course but it seems like the original design was quite good.
tubes4hifi

these days it's rare to see a phono preamp that doesn't keep within 0.1db of the RIAA curve from 20Hz to 20KHz
alexg

i have a question on this circuit, if I increase the 0.1uf that connects the plate of the second triode to #9 to let us say 0.33 or 0.47uf and remove the 0.1uf going to the output, would it affect the equalization?
tubes4hifi

you can change the value of the output capacitor (between 7 & 9), but if you change the coupling capacitor, then you are
changing the plate impedance to the RIAA EQ circuit, which will of course change the EQ
lorne

Some years ago I began, and nearly finished, a PAS-3 that was intended to be ONLY an RIAA amplifier. Someday I hope to feed this "phono amp" to my Melos GK- 1+1 and see if it betters the internal one — which BTW is very good.

And so someday — as other projects are cleared off the bench —  I intend to un-bury this endeavour and continue. I stumble and grope  around in the dark in regards to electronics, but sometimes I get it right. I hope that this project will be one of the successful ones.

If there is any interest, I will post photos and details concerning what I have done so far. I think I have documentation, schematics and so on — somewhere. I seem to remember that I have already built the RIAA board.

NOTES:Modifying PAS-3 Phono Section — (my mods as RIAA amp only).

1) Jumper the 0.1 output cap connected from the ...garbled ... of the second stages with a solid wire (both channels).

Considering the cost of tube phono amps these days — either kit or factory assembled — a PAS-3 that can be modified with quite ordinary parts a seems a very attractive option. I chose to make my PAS-3 a dedicated phono amp because I have preamps that I think trump it — IMHO. If the PAS-3 can be turned into a nice phono amp, the conservation of the essential core of a classic is work of love and conservation. Moreover, it may turn out to be a darn good phono preamp. I'm counting on it — someday

Using a PAS-3 to build a dedicated riaa amp is possible but a waste (imho) . Use a FM-1 or FM-3
instead as these will be made extinct by the move to DAB.
lorne

peterh wrote:Using a PAS-3 to build a dedicated riaa amp  is possible but a waste (imho) . Use a FM-1 or FM-3
instead as these will be made extinct by the move to DAB.

You will please forgive me when I say that I do not follow your logic: don't use a PAS-3 for analog audio but instead concentrate on an instrument which is about to be made utterly obsolete and unusable.

I'm sure you have an interesting comment. I hope to read your answer.

I have two FM-3's. One of them that had played many tens of thousands of hours in Canada for 20 years came to Japan with me. I found a skilled technician who converted it to the Japanese bandwidth. He said that it was not an easy task, and he warned me to stay away from some sections of the unit in order to not upset the alignment.

After it developed a very audible hum, I proceeded to make a cap board for the power supply. I had already made discrete PEC boards for it, which greatly improved the sound. Alas, this is yet another project parked in a box because I decided to rewire the whole radio and never got around to finishing it. In it's place there is a re-capped Pioneer TX; it is not as lush in tone but it delivers more detailed information.

I am currently working on getting my old ST-70 back on line. The PAS-3 as a dedicated phono-amp is next. The FM-3 the next after that. But ... you could very possibly convince me to abandon the PAS, so please explain. Thanks — Lorne
peterh

If you already have excess fm-3, of which one is broken, then it's a good suggestion to
use one of them as chassies to build a dedicated riaa box. Pull the tubes, remove the
mpx and build the riaa on a sheet that fit's the hole left by the mpx. The only external
thing to add is rca-connectors, the powersupply may be used as-is.
There floats schematics when 2 ecc88 is used giving excellent riaa performance. ( edison 1 is
one example). Or to make it simple purchase a riaa board from tubes4hifi and you are done
with some screws and solderings.
alexg

1) Jumper the 0.1 output cap connected from the ...garbled ... of the second stages with a solid wire (both channels).

This is similar to what I wanted to do, but tubes4hifi said that it will change the plate impedance if I replace the first 0.1uf from the plate and jumper the wire between 1&3 and 7&9. 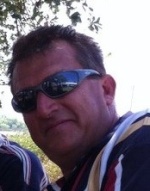 MexicoMike wrote:I read a Hirsch/Houk test of the Pas3 from the mid 60's and they commented that it had one of the most accurate RIAA curves available.  Their test showed that the maximum error was .8 dB.
Is it felt that the reason it is not accurate now is simply due to parts age?  That makes total sense, of course but it seems like the original design was quite good.

You are quite right!! I ran the original through B2 Spice and came up with the same results!! The original topology is the best sound!! Ive been an audiophile and musician for over 25 years, and I Know what sounds good, and what looks good technically!!
Guest

PeterCapo wrote:Here's an exhaustive, enlightening and definitive "must read" regarding the classic PAS phono stage: http://www.audioregenesis.com/documents/PAS_Phono.pdf

Norman Koren pretty much hit the nail on the head on the RIAA curve, so far as the PAS Phono stage is concerned, B2 Spice says it all, within 0.3 db I Think, pretty dang good!!!
mark four

I have a pas 3 that needs a rebuild on the phono stage . The low level is fine but phono is wonky one channel doesn’t work . Could someone recommend a service. I am in Philadelphia , pa .
Sponsored content