My life is ruined... 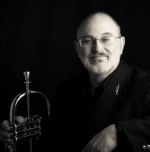 My life is ruined...

Yesterday I visited the home of a friend who recently completed the build of a VTA SP-14 line stage preamp and PH-16 phono preamp.   I have one of the very few VTA SP-13 preamps.   It was built by Troy for me.  I chose the SP-13 because the board was small enough to fit a PH-12 phono board in the same case.   I've long been interested in hearing the PH-12 next to a PH-16 and this was a golden opportunity.

We ran his PH-16 into one of the line level inputs on my preamp, which seemed like the logical way to compare.   There was a lot of powering on/off and moving plugs for this, but it all turned out worthwhile.

The two recordings we listened to most were Scott Hamilton playing "That's All " and Wesla Whitfield "I'm So Lucky To Be Me ".  These links are to digital versions ripped from CD.  Full Redbook resolution.

There was a considerable difference between the PH-12 and PH-16.   Keep in mind that I've been listening to the PH-12 for about 6 years now, so I am very used to hearing that sound, and thus see that as how it is supposed to sound.   The PH-16 was much darker, richer and almost "woolly" in the way it sounded.  Particularly in the mid-range.

Then my buddy asked me what tubes I had in there and I had no idea.  So we opened it up and found JJ EC88 tubes, which are a respected and low cost Chinese tube.  He then pulled out his box-o-extra-tubes and we did some tube rolling.  Wow.  What a surprise!   We listened to both Electro Harmonix and Phillips 6922 tubes.  Both were less bright than the JJ EC88.  The Phillips had the PH-12 sounding almost like the PH-16!  Very interesting.

What kinds of EC88/6922 tube rolling have y'all done and what to you recommend?

And in case anyone is wondering what I'm running for tubes in the SP-13 line stage, I have Brimar Mazda 6CG7 tubes for the front end and the originally supplied RCA Clear Top 6CG7 in the back end.
New2Tubez

FYI- JJ tubes are made in the Czech Republic-  https://www.eurotubes.com/store/pc/in%20the%20beginning.htm

I have a VTA PH 15 which I believe is the same as the PH 16 without the MC dip-switches.
Since, as an old guy, I feel this is my last batch of stereo gear and I feel like the gain tubes in a phono pre-amp are ultra important, I went with the best I could afford, Amperex 7308. These were produced for US Navy communications gear in 1964 or so.
You can pick these up as very low use ANOS for between $80 and $100 each I believe.
There is a 6922 variant called a CCA which is "supposed" to be even a little better but I doubt I could hear the difference.

It's my understanding that the 6922 is intended for a higher power circuit than the 6DJ8.  Is that an issue for the PH-12 board?  Where does the 7308 tube fit in here?

Dave_in_Va wrote:I have a VTA PH 15 which I believe is the same as the PH 16 without the MC dip-switches.
Since, as an old guy, I feel this is my last batch of stereo gear and I feel like the gain tubes in a phono pre-amp are ultra important, I went with the best I could afford, Amperex 7308. These were produced for US Navy communications gear in 1964 or so.
You can pick these up as very low use ANOS for between $80 and $100 each I believe.
There is a 6922 variant called a CCA which is "supposed" to be even a little better but I doubt I could hear the difference.

the Philips branded ECC88 tubes from the 60s are super good tubes and can usually be found for around $60-80 each.
BTW, most of my customers with a PH16 have never heard a good tube phono pre before. so most are pretty surprised.
But I recently sold one to a guy who has a $40K+ system with an Audio Research PH3 (about ten years old) which cost $2500 ten years ago,
and he was totally blown away by the stock PH16 with stock EH6922

Well, for years I have used an Audio Research PH3 tubed phono pre with my Acoustic Signature WOW 3000 turntable with Dynavector 10X5 cartridge.
The rest is a BAT VK31se, VTA ST120 amplifier (also extremely highly recommended) California Audio Tubed DAC, restored Revox A77 and Dynaudio Focus 380 Speakers.
To say that it sounds tremendous is an understatement.

I have never been satisfied with the LP sound though, it was good but missing that certain magic all analog vinyl is known for. Until I bought Roy’s PH16. Wow.
The AR PH3, which is an excellent phono pre, sounds flat, one dimensional and lifeless compared to the PH16. The PH16 sounds like a living, breathing thing – like well recorded vinyl SHOULD sound.
The PH16 has superior imaging, superior detail, superior soundstage; in fact the PH16 is the of the best sounding phono pres I have ever heard, although others seem to have higher output.
But, that’s a small price to pay for the sound one gets from the PH16. That the PH16 is available for under $4,000 dollars is mind boggling. I was not prepared for how excellent this preamp is,
I am still amazed every time I listen to it, and this is with stock tubes and it isn’t even broken in yet. If this PH16 had a brand name attached to it, one couldn’t touch it for under 4 thousand a
nd that’s a fact. As an audio engineer and mixer of records, I have learned that what counts and the only thing that counts is – what does it sound like. Well let me tell you.
I would choose the PH16 hands down anytime over most any phono stage I have heard, and cost is not a factor – if I thought a many thousands of dollars phono stage was better, I’d buy one.
There is no need for me to do so now. If you are even thinking about getting one of these DO IT. For those who have never owned a real phono stage before, don’t let this fool you.
You will never, ever even on the used market pick up a phono pre half this good for 4 times what the PH16 costs.