You are not connected. Please login or register
3 posters

Hello,
I have an ST-70 purchased on E-Bay about a year ago.
Recently one of the power tubes started to glow red and output a hum in left channel that would get louder.
So I concluded the old tubes are going bad and ordered replacements.

Replaced with 4 matched Mullard re-issue EL34 tubes and now the amp has an intermittent 120Hz hum in both channels.
To describe: Turning on power, it will first be very quiet as it warms up for a minute or two, then the hum turns on, not loud but noticeable.
Then the hum turns off again about 30 seconds later (sometimes longer sometimes less).
Minute or two later hum turns on again. Like something is turning on/off.
No connection to pre-amp, pre-amp connected, music signal on or off makes no difference.

I can not figure this out, especially why it would come on and go off again.
I've tried relocating the amp to other areas and makes no difference, so do not think it electrical interference.
Checked the bias setting, it is correct at 1.56v. Tried swapping tube locations, no difference.
I can't find any loose connections.

If I put the old tubes back in the hum does not happen.
They are 6CA7 tubes which may be the difference but I was expecting the EL34s to work as well or better.

Any insight or suggestions would be much appreciated.

To me it sounds (!) like the 6CA7 tubes are mismatched.
Get a quad of properly matched tubes from a well respected dealer
Bainbridge

peterh wrote:To me it sounds (!) like the 6CA7 tubes are mismatched.
Get a quad of properly matched tubes from a well respected dealer

Hi Peter, thanks for the reply.
To clarify, the 6CA7 tubes are original and do not hum.
The new EL34 tubes (which according to the seller are matched) make the hum.

peterh wrote:To me it sounds (!) like the 6CA7 tubes are mismatched.
Get a quad of properly matched tubes from a well respected dealer

Hi Peter, thanks for the reply.
To clarify, the 6CA7 tubes are original and do not hum.
The new EL34 tubes (which according to the seller are matched) make the hum.

The tubes _may be matched_ at conditions not present in your amp. Such as in a
typical tubetester and this is faulty.
Demand money back and buy new ones from a dealer that matches properly. mcshane
eurotubes are 2 suggestions.
Bainbridge

I found the issue. It was not with the tubes.
I gave a little nudge to each tube thinking I might identify which was creating the hum.
Bumped the tall cylindrical capacitor and suddenly the hum got louder. I pushed the capacitor into the board and the hum went away.
What I discovered is the can capacitor was only loosely connected to the metal frame. I twisted the connecting tabs to more firmly connect it and problem solved.

I think what was happening is when the board warmed up the metal expanded and the connection with the capacitor case became less firm.
The hum would increase as the connection degraded. The only thing I cant explain is why the hum would later diminish.
Maybe the metal cooled and contracted as it was not well connected to the case.
But really I don't care. The amp is dead quiet now and fabulous tone with the EL34s so am happy. 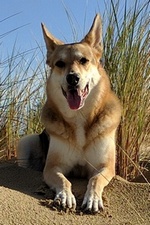 Non soldered connections should never be relied upon.

Run a wire from the can tab to the 0vA [gnd] connection and solder both ends.
You'll need a beefy iron [75w+] to solder the can end.