I am the proud new owner of an ST-120. I completed the build yesterday at 1PM and listened to the new amp for about 4 hours yesterday afternoon into the evening. This is the best sounding "thing" I've ever had. I'm listening with a nicer pair of Infinity Reference series book shelf 8ohm 2-ways and these never sounded better. I can only imagine what a nicer set of full range speakers will give me. (New speakers come next year I hope)

I listened to music for about 2 hours… Then hooked it up to my home theater to see how that went… It went great! The ST-120 is an excellent all around amp. The clarity.. Bass.. So dynamic. It is hard to put into words how this sounds and the subtle differences from Audio equipment I've had in the past.

My brother who is a self proclaimed audio guy said the amp may not sound good for home theater… Gave me reasons why. Stuff about them sounding "Tubey" and not having a quick audio response. He was saying they are only good for music. I think his info is for older vintage tube amps that need a VTA update and/or new Capacitors and other things that wear with time. With all the caps and mod parts in the ST-120 this thing can do it all and well. PS - If I'm sounding like a "I have the best amp and it is better then all else" dork/jerk I don't mean to… Just a thrilled new owner of a new toy… And I built it myself which adds to the fun (big time)

Bob Latino rules! I called Bob way too many times. He was awesome and I can't thank him enough. I could have done this build with half the calls. The instructions are done as well as you could hope for. I had never built something like this. I'm in my 30's and not much "kit" stuff was sold... Or if it was I'm just not in the loop on it which is not out of the question by any means. I have to admit, I had some anxiety building this thinking it would not work when done. If you just go over each step and do what is instructed in the step, it is not stressing or really hard to do. Just read the step… Do the step.. Re-read the step to make sure you did what it said.. Move on to the next step.

Some notes on what I did that is a bit out of the norm possibly... I guess I wanted to put a personal twist on my amp...

#1 - I am running under the VTA some Jantzen Audio Silver Z-Caps .22uF rated at 1,200 Volt And I basically got some Jantzen caps for free from a buddy. These are the same width as the Russion PIO caps and a couple mm wider in diameter so they fit in well. These need 50 - 100 hours to break in like the PIOs according to Jantzen. 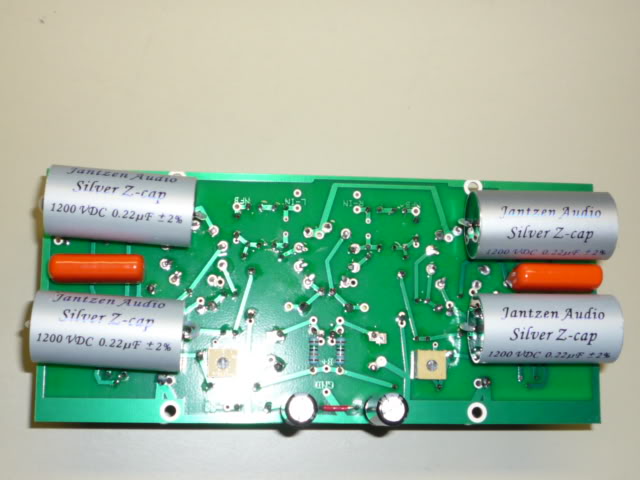 #2 - I am running on top of the VTA some Audio Cap Theta .10uF rated at 600 Volt. These 2 caps are in the signal path so I got these for 12 bucks. I'm sure these are not any nicer then what Bob sent but what the heck... I wanted to make this my AMP and put a personal touch on it. 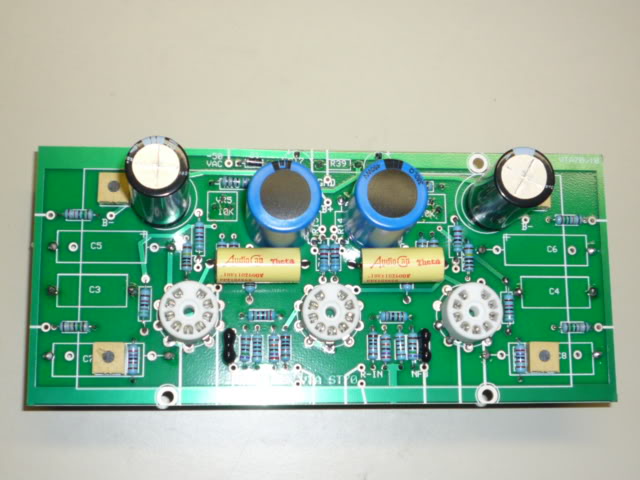 I live in Minnesota and I'm just getting into a long cold winter.. So I'll have time to play with this new ST-120 toy. I'll plug in the Russian PIO Caps in place of the Jantzen for sure at some point. For now the Amp is the best sounding thing I've ever owned and I'm as happy as could be. Doing the build and the thrill of this thing working (and well!) is worth the price of admission.

PS - Here is my amp with the tubes Bob advised (4 KT88 Gold Lion, 12AT7 - Mullard front and center, Phillips right and left) and a cheap rectifier that I need to get a back up for. PS - Does a better rectifier do any enhancemnt to the sound? 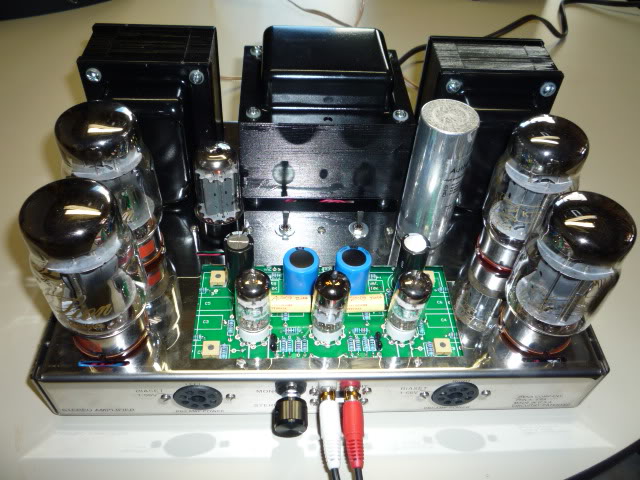 Nice work. For a rectifier I'd recommend a mullard gz37. They're more durable, flow more current and simply look cooler than 5ar4 imo. I've used one in my st70 for hundreds of hours now and never had it arc over or die.
Tube Nube

Congrats on your new amp. Very nice job on the build, and the thrill of having such a nice sounding amp doesn't seem to quit. Especially when people look incredulously at those tubes sticking up, and wonder if you've gone bananas -- that is, until they hear it and weep!

About your new speakers. If you're at all handy with a tube of Elmer's wood glue, and a few tools, you might try building yourself a pair of horns.

Plans for the latest version, the FH-3, are out, and the design has been simplified and is surely much easier to build. This is gonna be my next speaker project!