The fun of rebuilding a SCA35. 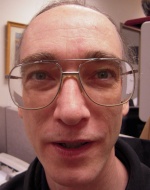 The fun of rebuilding a SCA35.

I had one siting around for years without touching it. I had completed a ST35 kit and really liked the sound of it. I dug out the SCA35 & pondered just what I wanted to do with it. Well no matter what it's fate, it would have to be gutted. It was stripped to the point of only having the 3 transformers left.

Also at about this time I had been reading about 6BQ5 variants. I got really amused that the NOS 8BQ5's were cheap & the 10BQ5's were almost given away. Then by luck I got a factory box of 100 Toshiba's 10BQ5's.

Back to the SCA35. Well I thought if I got the PC-13 boards with metal film resistors, some different input & coupling caps, a thermistor, 10v heater transformer for just the power tubes, individual bias resistors & enough caps for a modestly beefy power supply. I could have a rather nice 10BQ5 amp.

It all went very well! The PC-13 boards are a perfect fit in existing spots. The "better?" input & coupling cap were very hard to get in. The 10v transformer & power supply caps went in area that had the SCA35's preamp. The bias resistors are in area behind the front panel.

The 10v transformer is powered up at turn on. The power tubes are heated as the thermistor slowly brings up the B+ & 6v heater windings, this is a trick to gently bring the power tubes from cold to operational. It is also suppose to increase life of power tubes. With the individual bias resistors the amp is more forgiving of a quad of tubes that are not perfectly match or are drifting through age.

After months of listening to both the ST35 & the rebuild SCA35 with the same preamp, speakers, ect. The SCA35 has a bit more bass but other wise they are the same good sounding little amps.

Re: The fun of rebuilding a SCA35.

See also this post for other things done to this amp, "
New Dynaco ST-35 bias control upgrade kit from Dynakitparts, Mine expirence....." I am planning to at some time put a Triode/ Pentode Switch in this amp, look for future post on this.
Current date/time is Thu Feb 27, 2020 10:28 pm