Ok first don't laugh, but would these have any hope of not melting? I could mount them at the edge of the board well away from the tube socket. Is it a bad application for them? I was just going to use the Dynakit ones, but found these and was curious. 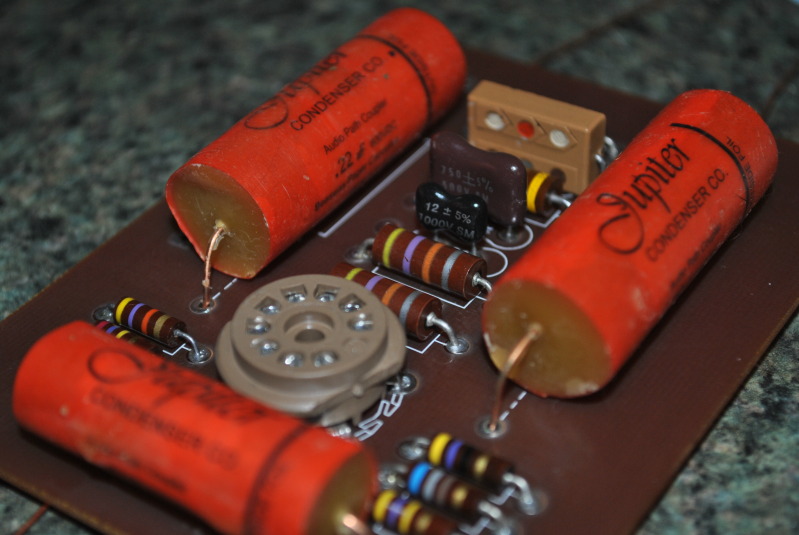 Wired up except for the resistor that goes across the speaker terminals. I removed it and redid the speaker terminals. I fired it up and all the tubes lit and I checked some voltages. First problem was the power transformer hummed, so I replace the GZ-34 and it went away. I hooked up to a small speaker and my goodness the hum was horrible. That was corrected by properly grounding the SDS board. Bought the wrong resister value for the speaker terminals, so I'll have to wait for round two to see what I else I have done wrong and test some more. Really dig the Dynakit parts they really do a nice job with their products. Their documentation is outstanding, wish the SDS Board was even close to the same level. 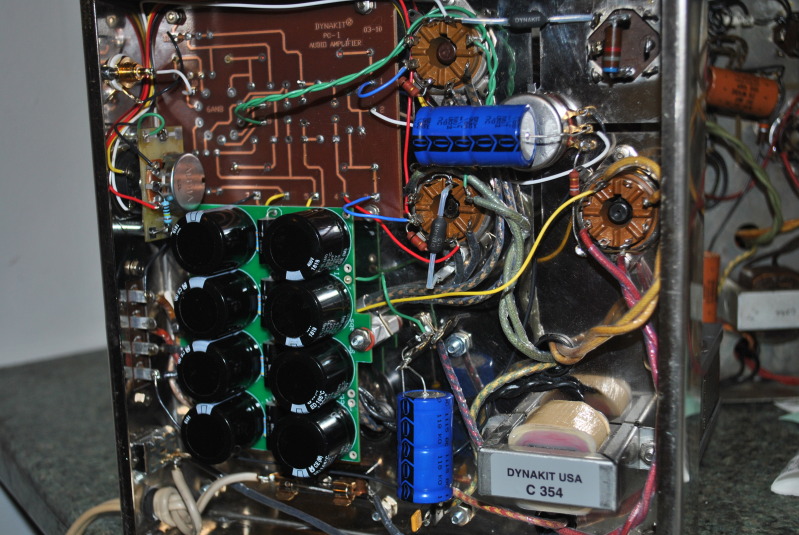 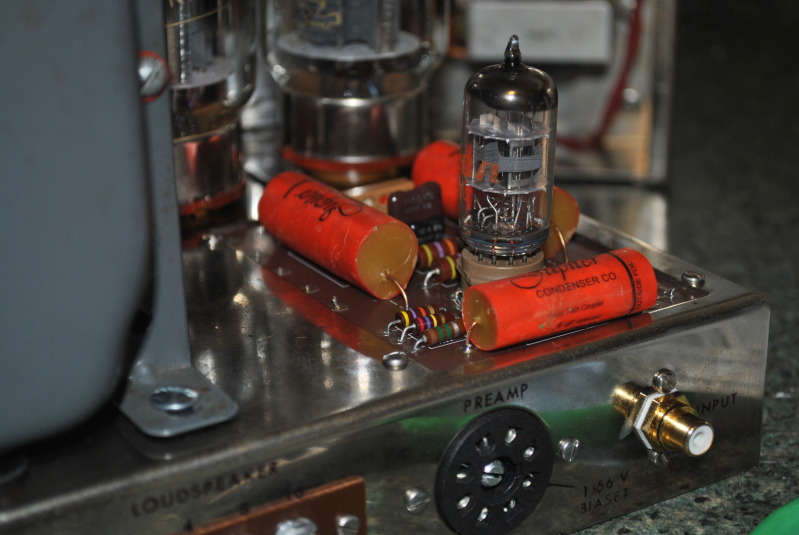 Dynakit's PCB with the Jupiter caps soldered in and NOS RCA 6an8a. I will see if they melt and change if necessary. 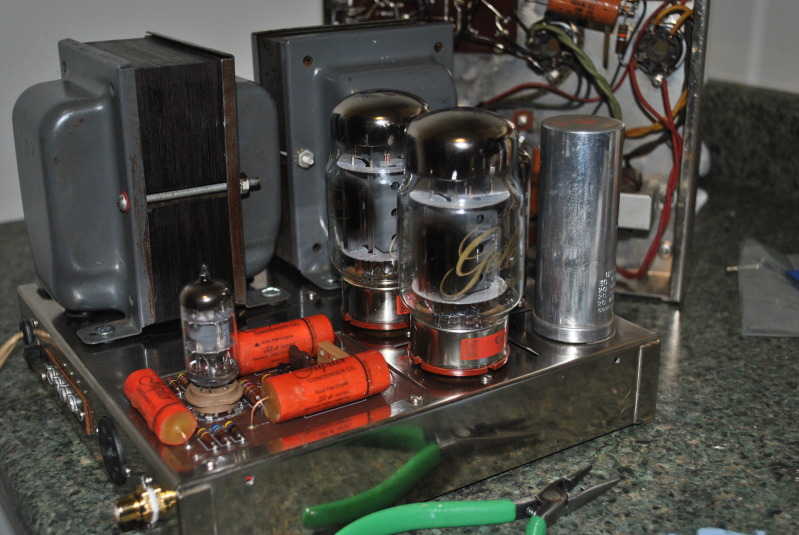 Genalex KT88 and GZ-34 installed. Think I put on the output transformer cover on backwards, but I am not going to pull it out to correct. Still have to bias the tubes out and do the second amp if this continues to check out.
harpy

Decided the transformers looked too shabby and they needed paint. The black transformers were painted with a can of Rust-Oleum High Heat paint. It was thinned with Mineral Spirits and airbrushed on, so it didn't clog the panels. The Bells were sanded to bare metal then painted with Dark Grey Enamel and baked in the oven at 350 degrees for 30 minutes. They were left in the oven for about 4 hours allowing them to cool back down to room temperature. They are a bit lighter than the originals, but pretty close. Both have Z280 output transformers with the extra output wires. 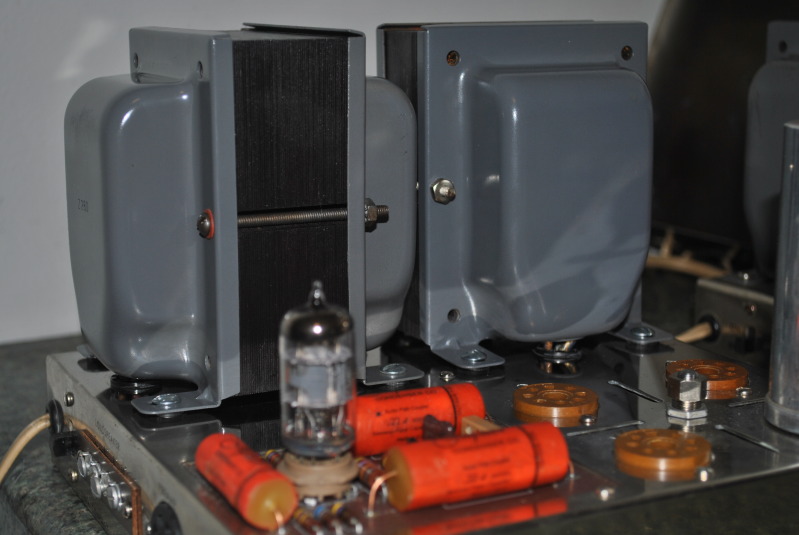 Mark IIIs get quite hot - I'd keep an eye on those wax caps.

I ran the amp for 3 hours and they started to get pretty glossy. I tapped the ends with a dental pick and they were pretty soft, so I don't think they will work. If I researched better I would have found they should never be installed where temperatures exceed 110 degrees Fahrenheit. I think what I am going to do is cut the copper leads off and replace tem with wicks and either use them for my Niece next Birthday cake or in my shrine to stupidity.

Are those Jupiters of recent manufacture? They look like something you'd find in an antique radio.

I used Solens and I didn't like how hot they were getting so I moved them to the underside of the board.

Those caps aren't made anymore, but they are fairly recent manufacture. These were from Jupiter's Vintage series. I had got these mixed up with another one of their other products. Their newer wax caps are encased in paper and are good to 185 degrees. I will play with these a little more then put the Dynakit ones in. I do love it when they heat up and start to get really glossy, but it would just be a matter of time figuring out how to get the wax off the PCB.
harpy

The candle sticks were removed and K40-Y9 were installed and the finally the second amp is finally built. 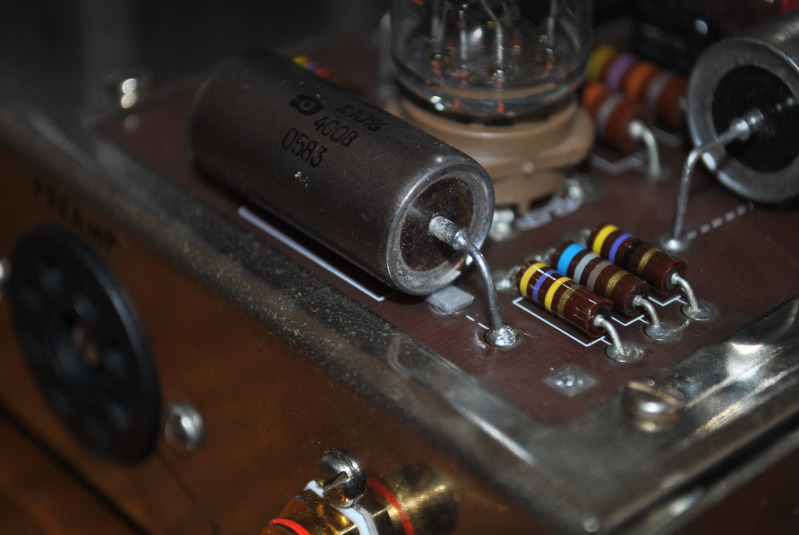 The Dynakit board has two solder points for each cap, so I put some high temp double sided foam tape over the inner hole so the metal bodies of the K40's wouldn't touch the contact. 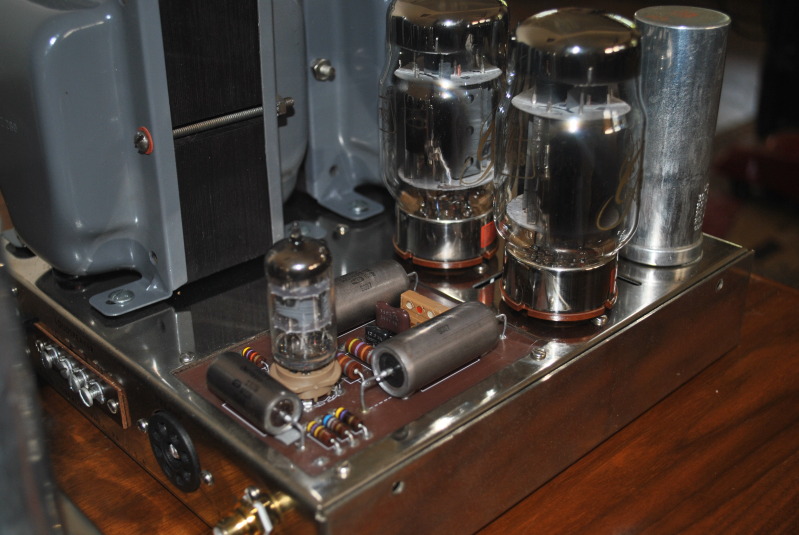 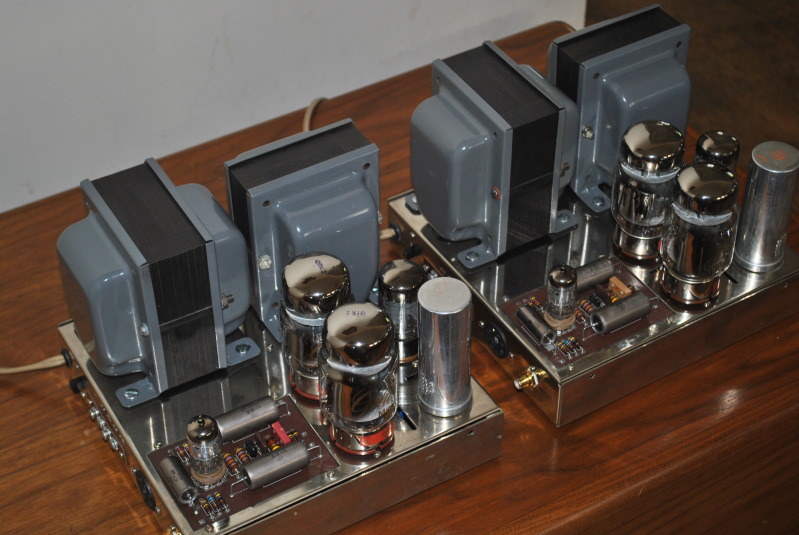 Shot of both amps.

I built both by the manual and they retain the stock circuit, with the exception of the SDS Labs quad cap board, but that only gives more capacitance. The only original parts are the transformers, the chassis, power cords, and fuse holders. The rest of the parts are from Dynakit with the exception of the SDS board. There was a build error in the first amp. The bias resistors were the wrong value (stock 11.2 ohm instead of the 10 ohms that came with the dual bias kit. 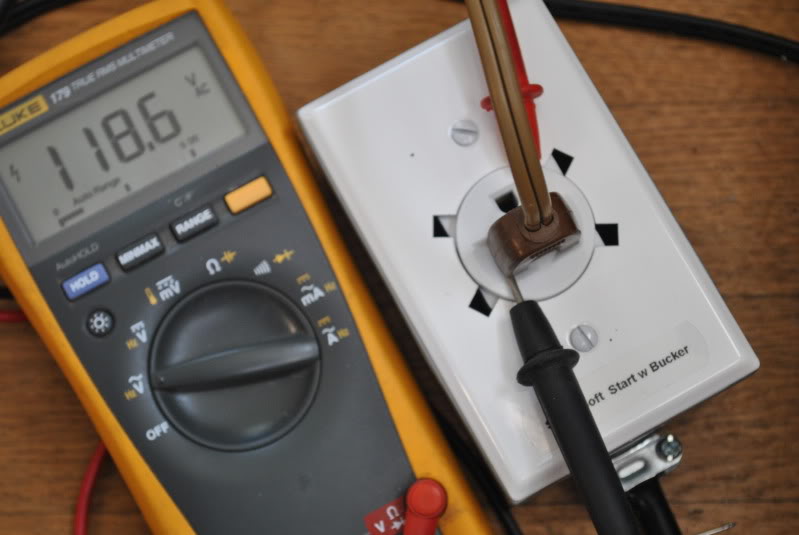 My line in voltage was 121 Vac which probably would be fine, but I added a soft start and voltage bucker which knocks it down about 3 Vac. I measured the voltages of both amps and they were pretty much spot on.
My speakers are DQ-10's crossed over at about 60 Hz and are not an easy speaker to drive. I drove the amps pretty hard for 4 hours, both power transformers were 133.3 degrees F after the session. I was surprised how much different they sounded from the MkIV's they replaced. I thought the MkIV's had a sweeter sound, larger sound stage, while the MKIII's were faster, more dynamic, and detailed (both stock circuit with similar caps). The problem with the MKIV's was they were under powered for the DQ-10's and ran very hot and lacked the punch for demanding music at volume.
I want to listen to the MkIII’s for a bit and make sure no problems arise and get to know their sonics better. After that I may try the Russian Teflon Caps to see if I can hear difference between the coupling caps and then down road start looking at VTA driver boards.