Whilst a recent storm did wonders to address the bush fires down here, the storm also took out the power - but not in a nice way.
The lights did the whole on/off/on/off cycle three 3 times before it went right out (only to come back 4 days later).

When the power was back on, it was time to get some music happening ....
Apply power - Huh? It was already on. Must have been left on when the power disappeared ....

Power it off, wait the usual minute, power it on and "Pop" - errk.
I noticed a flash coming from inside the chassis near the Quad-cap.

Pull the KT-120's, the three fronts and the rectifier ... turn the power on: no issue.
Power off, put in in the rectifier, power on: "Pop" - another flash.

The rectifier is a solid-state from Tube Depot (a cheapy whilst we're out of our normal house for renovations.)
I suspect the quad is toast...

Can anyone offer some pointers on further diagnosis?

antipodean wrote:
Power off, put in in the rectifier, power on: "Pop" - another flash.

Never put into the amp JUST the rectifier (alone). Without the driver tubes and the output tubes from at least one channel to give a "load" to the rectifier, the B+ high voltage will be too high and can damage components in the amp.

See if you can post a photo of the inside wiring of the amp on the forum here ? Maybe one of us can see something that will lead us to the source of the problem inside the amp. Also check your line voltage ? If you are at 244 VAC or higher, this can make the problem worse ..

Since your amp is almost 10 years old (September of 2010), you may want to have it serviced in Australia. You are fairly close to Sydney. Any place that services "guitar" amplifiers, would be able to service your amp.

And invest in one of these. The adapter requires a manual reset with any power blip, and it's the fast cycling that kills tube stuff as it needs time to discharge properly before getting hit with a fresh load of power. Saved my bacon a few times. I assUme they're compatible with your electrics, or that there's a down under equivalent ... 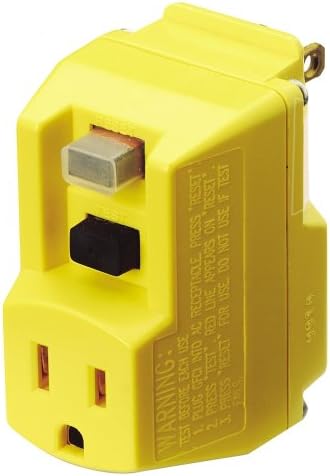 Hi Gents,
Thanks for your suggestions. I've finally been able to resolve the issue(s) with the amp and have it happily up and running again.

The first issue was that the "inexpensive" rectifier from TubeDepot (https://tubedepot.com/products/solid-state-rectifier) was toast. One side shorted, the other side open circuit... It was all meant to be temporary while we were renovating ...sigh.

Knowing that AC wandering through things could fry electrolytics, I took my time and tested each and every cap for correct function. Heaps of un-soldering and re-soldering and found nothing - thankfully.
I even de-soldered the quad-cap and measured it statically and under higher-load with a testbed I rigged up. No issues found.

Next, I powered up with a Weber copper cap (the GZ34 and GZ37s were tucked safely away) and as per Bob's completely understandable point, I loaded up the amp with some of my "lesser" tubes in the front-end and some older ST-120s in the back end. It all worked and I was able to bias up everything nicely. After a few hours of function, I started rolling KT-88 back in including the ones that were in there when the power bounced.... two fried KT-88s out of the four that were in at the time - both of the right channel. They must have flashed-over but as I wasn't watching when the power pulsed, I didn't actually see it.

On the topic of a place that services guitar amps, COVID-19 messed that up and once we started returning to normal around here I couldn't find anyone who wanted to get involved with the amp. I was surprised, Sydney has 4 million people in it, surely there'd be someone who owns a business that would "have a look" but, No.  So I sorted it myself. It was nice to get back to analogue with big solder joints rather than the tiny little digital pins I deal with "during the week" :-)

Lastly, Skizo, I have a WiFi (esp8266-based) power "plug" inline from the mains to the 110 step-down which is all configured into our Logitech remote so that it only brings the tranny and the amp on when I want them. But, I've re-programmed it so that the power relay is open-circuit whenever the power comes up rather than restoring the state it was in when the power was last on. Protected!

Now back in action and not enjoying the new Kanye album my son insists we should listen to...